Getting Started - Questions About Schools 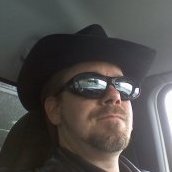 By RK52,
May 1, 2017 in Professional Home Inspection Associations